TLRH | Freemen out with the Tribe 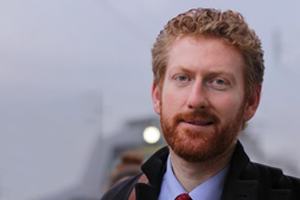 This year marks the 15th centenary of the birth of Saint Columcille/ Columba of Iona, born in 521 in Co. Donegal into the royal Uí Néill dynasty. In 563 he left northern Ireland for northern Britain where he established a monastery on the island of Iona in the Hebrides where he died in 597. Columba and his monks from Iona played a key role in the Christianisation of what would become Scotland and northern England. Columba was considered to be a peregrinus pro Christo, ‘an exile for Christ’ who left his homeland for the uncertainty of life in a foreign country following the biblical precedent of Abraham. This lecture frames Columcille within the development of this concept of exile from the time of Saint Patrick to the eighth century and how this played an important role in the development of Irish ethnic identity in the seventh century.

Please indicate if you have any access requirements, such as ISL/English
interpreting, so that we can facilitate you in attending this event. Contact: foraffer@tcd.ie.