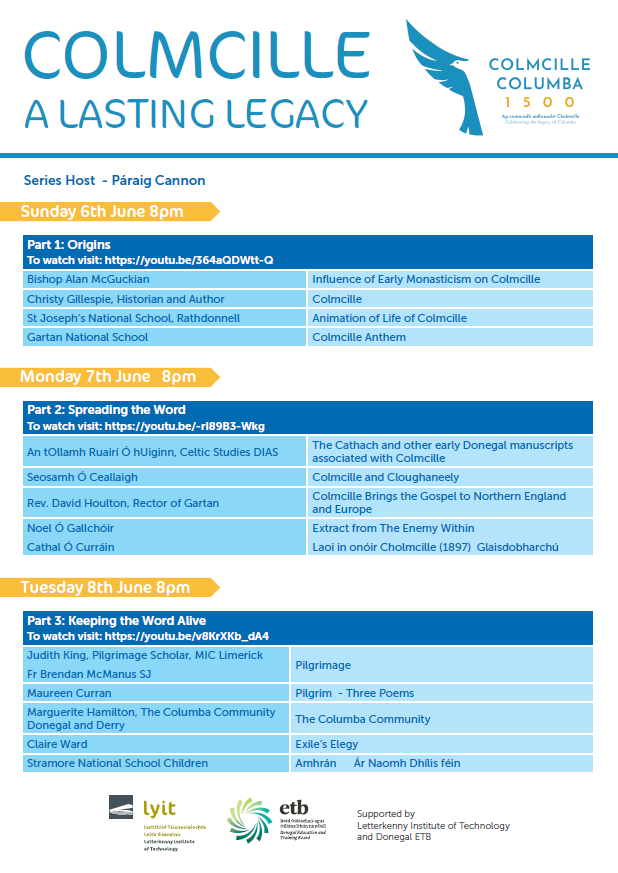 Raphoe Colmcille 1500 presents ‘Colmcille: A Lasting Legacy’, a virtual series on the life and legacy of Colmcille/ Columba. The series will be streamed in three parts via YouTube on the 6, 7, 8 June 2021 at 8pm. Contributors include:

The series will feature newly composed poetry by Maureen Curran, and original songs from Claire Ward and Cathal Ó Curráin.

There will be excerpts from the work of local schoolchildren in Stramore, Gartan and Rathdonnell.

Noel Ó Gallchóir will present an extract from Ar Thóir m’Anama the Irish language version of Brian Friel’s The Enemy Within.

Margaret McAteer’s new musical setting of ‘Alone with None but Thee’ will also premiere, with Colmcille Gospel Choir and featuring: